Australian Indigenous art is the oldest unbroken tradition of art in the world. The oldest firmly dated rock art painting in Australia is a charcoal drawing on a rock fragment found during the excavation of the Narwala Gabarnmang rock shelter in south western Arnhem Land in the Northern Territory. Dated at 28,000 years, it is one of the oldest known pieces of rock art on Earth with a confirmed date. Narwala Gabarnmang is considered to have one of the most extensive collections of rock art in the world and predates both Lascaux and Chauvet cave art, the earliest known art in Europe by at least 10,000 years. Rock art, including painting and engraving or carving, can be found at sites throughout Australia. Rock paintings appear on caves in the Kimberley region of Western Australia, known as Bradshaws. They are named after the European, Joseph Bradshaw, who first reported them in 1891; to Aboriginal people of the region they are known as Gwion Gwion or Giro Giro. Other painted rock art sites include Laura, Queensland, Ubirr, in the Kakadu National Park, Uluru, and Carnarvon Gorge. 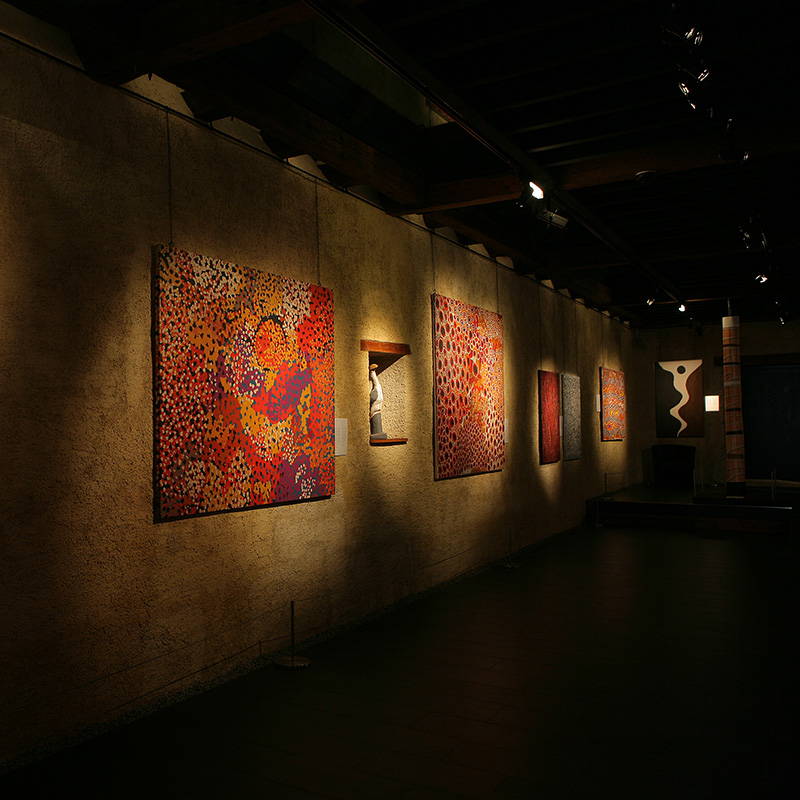 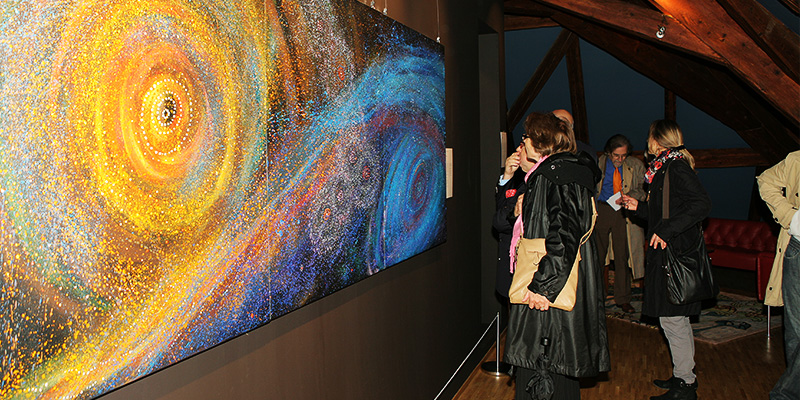 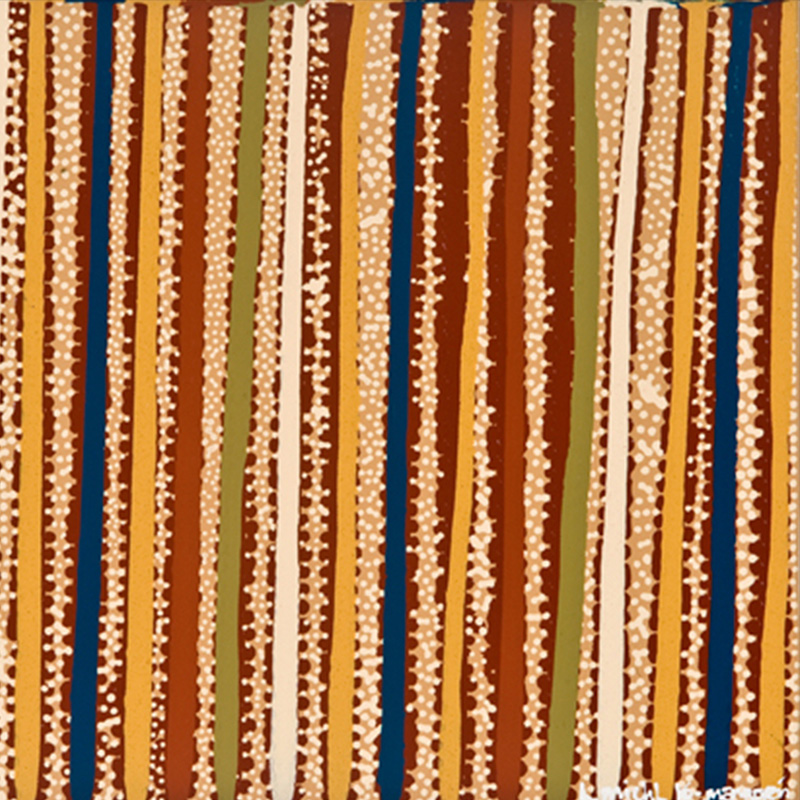 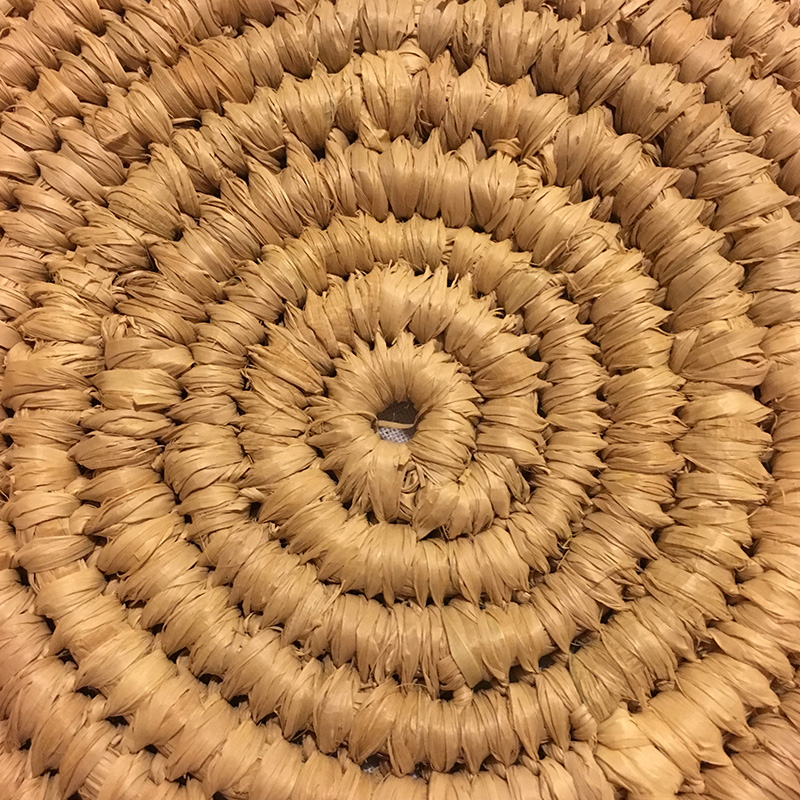 In 1934 Australian painter Rex Batterbee taught Aboriginal artist Albert Namatjira western style watercolour landscape painting, along with other Aboriginal artists at the Hermannsburg mission in the Northern Territory. It became a popular style, known as the Hermannsburg School, and sold out when the paintings were exhibited in Melbourne, Adelaide and other Australian cities. Namatjira became the first Aboriginal Australian citizen, as a result of his fame and popularity with these watercolour paintings. In 1966, one of David Malangi’s designs was produced on the Australian one dollar note, originally without his knowledge. The subsequent payment to him by the Reserve Bank marked the first case of Aboriginal copyright in Australian copyright law.

In 1988 the Aboriginal Memorial was unveiled at the National Gallery of Australia in Canberra made from 200 hollow log coffins, which are similar to the type used for mortuary ceremonies in Arnhem Land. It was made for the bicentenary of Australia’s colonisation, and is in remembrance of Aboriginal people who had died protecting their land during conflict with settlers. It was created by 43 artists from Ramingining and communities nearby. The path running through the middle of it represents the Glyde River. In that same year, the new Parliament House in Canberra opened with a forecourt featuring a design by Michael Nelson Tjakamarra, laid as a mosaic.

The late Rover Thomas is another well known modern Australian Aboriginal artist. Born in Western Australia, he represented Australia in the Venice Biennale of 1991. He knew and encouraged other now well-known artists to paint, including Queenie McKenzie from the East Kimberley / Warmun region, as well as having a strong influence on the works of Paddy Bedford and Freddy Timms.

In the late 1980s and early 1990s the work of Emily Kngwarreye, from the Utopia community north east of Alice Springs, became very popular. Although she had been involved in craftwork for most of her life, it was only when she was in her 80s that she was recognised as a painter. 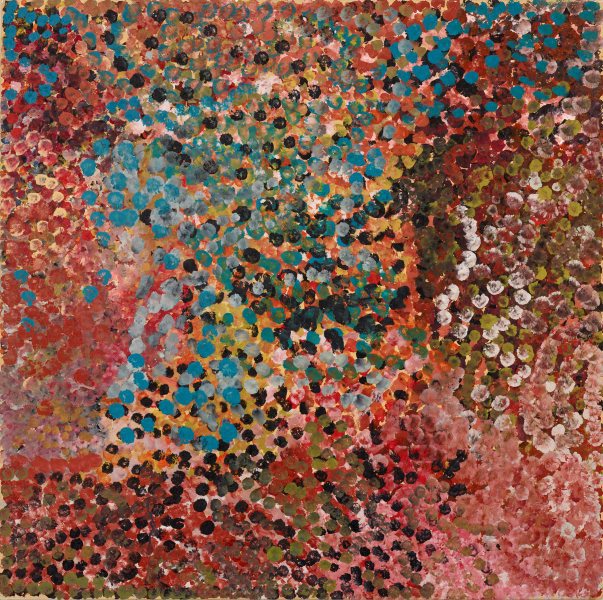 Her works include Earth’s Creation. Her styles, which changed every year, have been seen as a mixture of traditional Aboriginal and contemporary Australian. Her rise in popularity has prefigured that of many Indigenous artists from central, northern and western Australia, such as Kngwarreye’s niece Kathleen Petyarre, Minnie Pwerle, Dorothy Napangardi, Jeannie Petyarre ( Pitjara ) and dozens of others, all of whose works have become highly sought-after. The popularity of these often elderly artists, and the resulting pressure placed upon them and their health, has become such an issue that some art centers have stopped selling these artists’ paintings online, instead placing prospective clients on a waiting list for work. 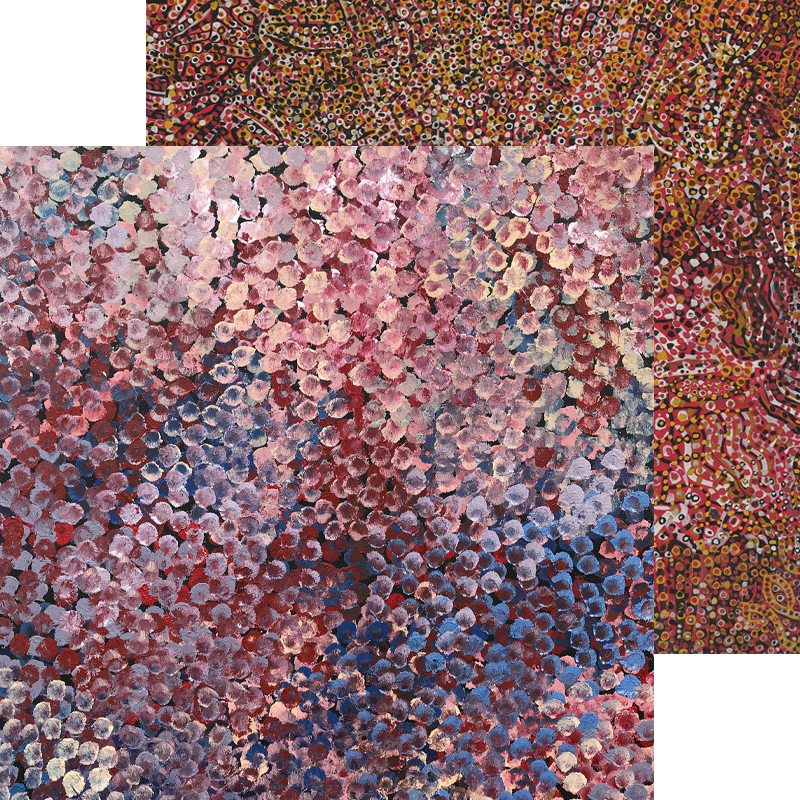 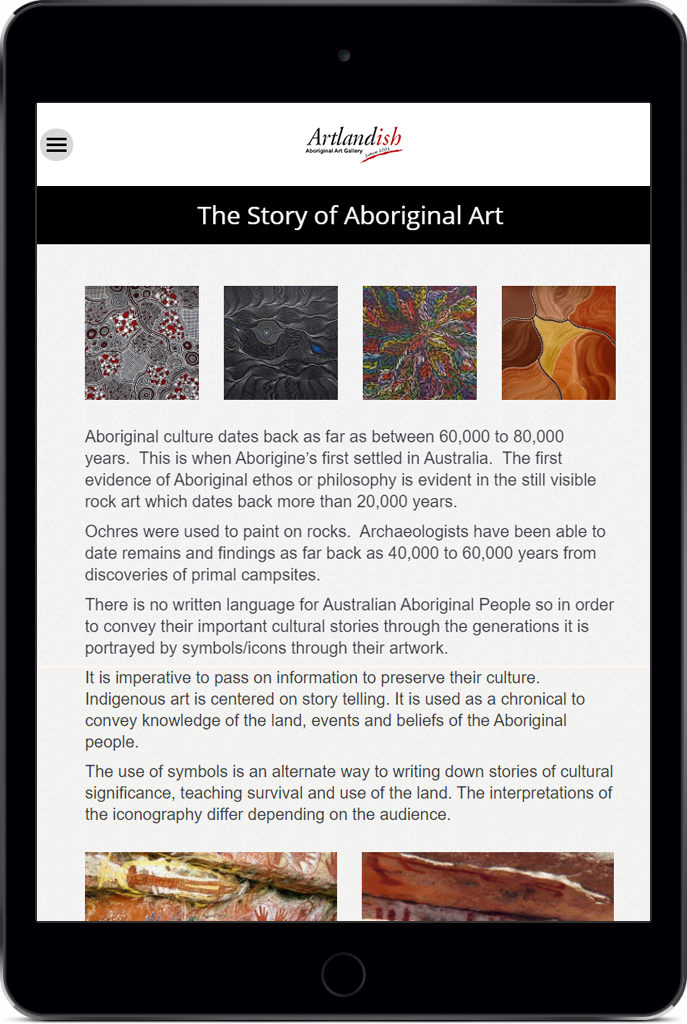 Despite concerns about supply and demand for paintings, the remoteness of many of the artists, there are widespread estimates of an industry worth close to half a billion Australian dollars each year, and growing rapidly.

Many of the centres operate online art galleries where local and international visitors can purchase works directly from the communities without the need of going through an intermediary. The cooperatives reflect the diversity of art across Indigenous Australia from the North West region where ochre is significantly used; to the tropical north where the use of cross-hatching prevails; to the Papunya style of art from the central desert cooperatives. Art is increasingly becoming a significant source of income and livelihood for some of these communities.

The Museum for Australian Aboriginal art “La grange” (at Neuchâtel, Switzerland) is one of the few museums in Europe that dedicates itself entirely to this kind of art. During seasonal exhibitions, works of art by internationally renowned artists are being shown. Also, the Musée du Quai Branly, Paris, has an “Oceania” collection, which includes works by Australian Aboriginal artists Lena Nyadbi, Paddy Nyunkuny Bedford, Judy Watson, Gulumbu Yunupingu, John Mawurndjul, Tommy Watson, Ningura Napurrula and Michael Riley. Two museums that solely exhibit Australian Aboriginal art are the Museum of Contemporary Aboriginal Art (AMU), in Utrecht, The Netherlands and the Kluge-Ruhe Aboriginal Art Collection of the University of Virginia.